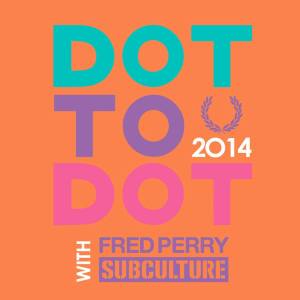 Dot To Dot festival brings the UK’s talented music scene to three cities across the space of three days. Each city provides a unique experience of the vast lineup. This festival can be seen as more of challenge to each artist or band to adapt and continually impress each city with its respective demographic. Dot To Dot is one of the toughest festivals for any musician to confront especially when the festival’s main aim is to provide a platform for smaller artists and bands to make an impression upon the varying yet ruthless audience; the nightmare that you are booed off stage and pizza is thrown at you whilst performing a rendition of the Velvet Underground is most likely to occur at this festival where bad and good music is made known by the merciless audience.

The festival itself is at the forefront of up-and-coming music, where music is the only interest. Transport issues? Toilet issues? Having to fight your way through a crowd to get a beer? Dot To Dot Festival qualms all of these common festival problems. With nine venues at the Nottingham Festival day, buses, beers and bladders are not an issue; the abundance of bars and toilets means that taking in a piss in a bush in the middle of a city will definitely be frowned upon. With all these features of your normal festival out of the way, Dot To Dot becomes less of a festival, and more of an atmospheric, music-filled bank holiday.

neighbourhood noise had the opportunity of going to Dot To Dot festival in Nottingham, with the intention of seeing the Norwich based band Port Isla. This small band of normal blokes with a passion for music were the standout artists of the day. Not only did they have to confront the disorienting Red Room attached to Rescue Rooms, but they also had to confront the terrifying Nottingham crowd who had previously showered beer and boos all over Macaulay Culkin’s The Pizza Underground; the crowd rejected free pizza (some of whom saw as a bribe to tacitly accept the slaughter of an iconic band, The Velvet Underground), and instead resorted to launching their drinks at the parody act. This is a clear sign that the Nottingham crowd prioritises music over free pizza, and even beer to that extent. 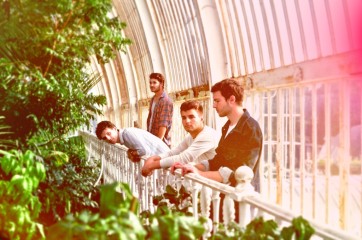 Port Isla performed songs that they had kept close to their chest until this festival. Unreleased on their soundcloud or youtube page, these honest songs created an unbreakable rapport with the audience. A band that presents itself in such an accessible and honest manner, and yet can produce festival headline worthy music is a band that commands attention from all facets of the music industry. Songs such as ‘Steamroller’ capture their genuine nature through accessible lyrics that bring an audience together with the band through a sense of shared experience. These songs united the audience, the band and the venue as Port Isla’s incredible dedication, passion and talent were made known for the half hour that they were on stage at Dot To Dot festival.

Being recently signed to Parlophone Record Label, Port Isla are the next big thing – keep an eye out for them!

Film of the week